FREE Delivery on all orders over £40

Saltee was born from a shared passion for cultural exchange and life-changing holiday experiences. We call these experiences transformative travel, for their ability to make us see the world – and ourselves – in a different light.

Saltee team members Eleanor and Sam share their personal experiences, which could not be more different in setting and in nature, they’re equal in poignancy and in the perspective-shifting effect they had on our intrepid travellers.

A Road to Nowhere with Eleanor, in Albany

Our Head of Sales, Eleanor, set off on a post-graduation backpacking trip across the USA. Young, hopeful, and alive with excitement, Eleanor and her partner boarded a train from NYC to journey two hours upstate, to Albany, NY. They disembarked at Albany-Rensselaer, to a relatively familiar setting – an understated four-platform station with a polished-floor lobby, and a smattering of vaguely preoccupied commuters – it could easily have been a station back home.

This false sense of familiarity soon dissipated as they stepped outside. Late afternoon sun poured, in ambient rays, over an alien skyline; somewhere in this foreign concrete jungle were small hotels and hostels a plenty – comfortable safe havens designed for budget-conscious travellers hoping to rest their weary heads for a night, or two.

Eleanor followed an instinctive path toward the inner city. They passed three-story brownstones on quaint tree-lined streets, weaving their way toward the wider brick-paved sidewalks, manicured greenery and monolithic public buildings of downtown Albany – but still, no sign of a place to stay.

The day faded rapidly, as downtown Albany gave way to no man’s land – the outlying districts. Eleanor’s mission to find a place to stay grew ever more pressing, as they trekked, with burdened bodies and blistered feet, down a road to nowhere.

“It was scary and getting dark and at that point – we started to feel like we just wanted to go home.”

They came upon local eateries – identifiable only by the italicized lettering scrawled across narrow doors (Jack’s Place… TJ’s Diner… Madison’s…), which were cushioned by, and hidden between, vast warehouses, and empty office buildings. Any hope offered by the faint light radiating from within was quickly quashed, as the owners – oblivious to passing strangers – turned signs from “open” to “closed” with a well-practiced flip of the wrist.

Just as the reality of their situation began to hit home, they were approached by a friendly local who directed them to a budget hotel. To this day Eleanor can vividly recall the sense of urgency, followed by exquisite relief.

“Traveling as a newly independent grad is incredibly transformative as you often come across stressful situations that you have to solve together – it forces you to grow as a person.”

An African Adventure with Sam

During a two-month trip across Central and Eastern Africa, Saltee’s Co-Founder Sam and five university friends shared a few intense transformative travel moments – some of which were more welcome than others.

Journeying west across the Democratic Republic of the Congo, Sam’s group embarked on a life-changing expedition to see mountain gorillas in their natural habitat. Their adventure took them deep into the Congo – a dense patchwork of jungle, rivers, mountains and flooded forestry – untamed and impenetrable, yet teeming with life.

Sam recalls witnessing mountain gorillas in the wild as a magical and humbling experience. These reclusive, endangered creatures are still only seen in their natural environment by a handful of people each year. Despite this, it was on the trip back to Kenya that Sam’s most profound moment of transformative travel occurred.

The group hitched a rather bumpy ride to the Ugandan border, on the back of a dented and dust-blasted truck. They had no idea – when setting out – that their return journey would involve an unexpected stop off at a Rwandan refugee camp.

Sam and his friends – like the rest of the world – were aware of the recent atrocities that had led millions of Rwandans to flee their home country, but this awareness did nothing to prepare them for what they saw. Sam remembers the disillusionment, tension, and pervading sense of unrest in the camp.

“It really brought home the things most people would only see on TV –  you felt genuinely scared for your own safety.”

What struck Sam most about the experience was the abrasive contrast between the tranquility of the Congolese mountains, and the war-torn landscape in which they now found themselves. He describes the experience as “incredibly unsettling”, yet says he wouldn’t take a different route home to avoid the camp, if he could turn back the clock.

“It was a rare window into an inaccessible part of the world,” Sam says, “at a time and place of huge historical significance.”

An Australian Road Trip, with Alex

Awakening on the French Riviera, With Tonya 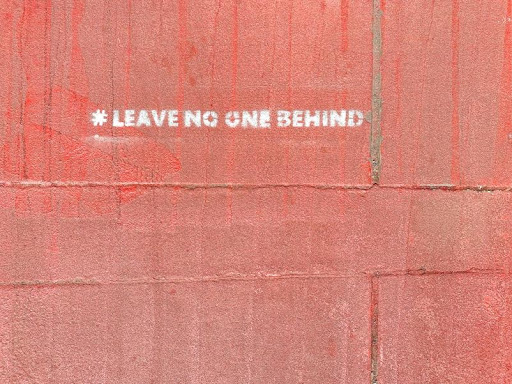 Tag #SalteeSPF on Instagram for your chance to be featured.

Are you somewhere sunny this week?⁠ Friendly rem

When we're outside we use SPF30 Body Active Sun Lo

Receive 15% off your first order when you subscribe to our newsletter.

Responsibly sourced and Oxybenzone free, making it safer for our oceans

Free worldwide shipping when you spend £40 or more

For those dreaming of their next grand adventure

Receive 15% off your first order!

Subscribe to the Saltee newsletters to be the first to discover offers, new products, competitions and more!